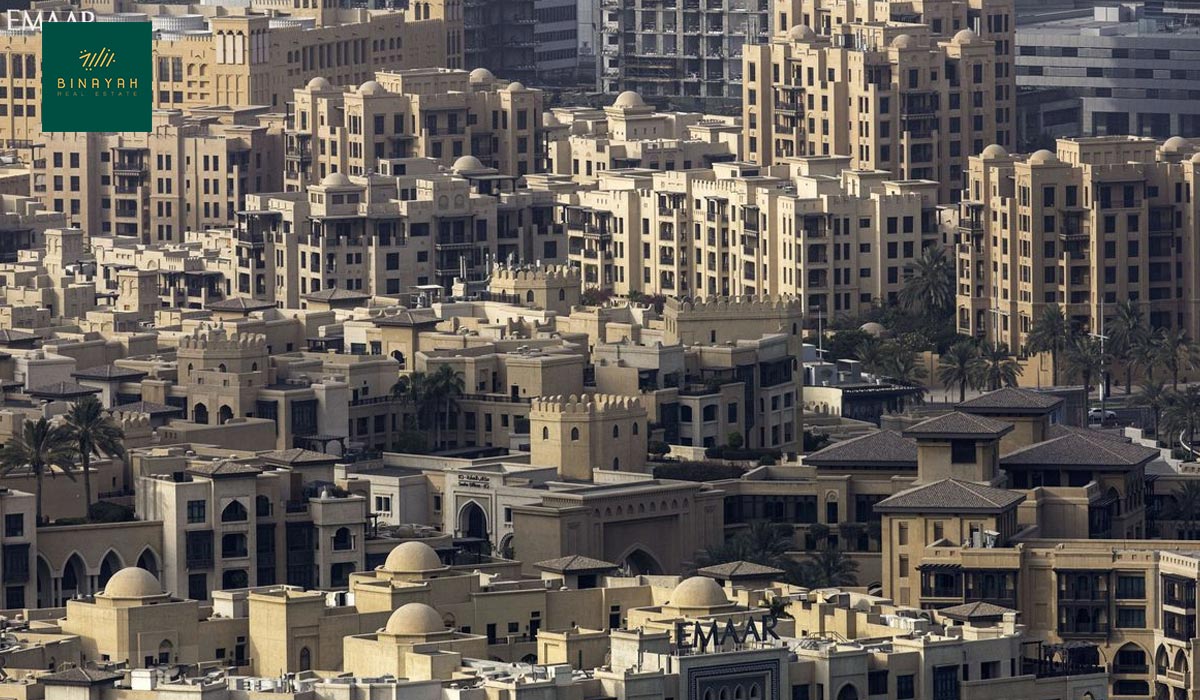 More than 400 owners of the two residential buildings at Queue Point, Liwan, Mayaza 3 and Mazaya 4. All of which are less than ten years old, have been informed that they do so at their own risk in their apartments. After an expert committee discovered that the buildings in Dubai have a number of major problems. Including structural deterioration and corrosion, it notified the residents of those buildings through email last month.

The sale of flats, the granting of new leases, and the registration of tenancy contracts (Ejari) in the buildings have all been put on hold until further notice as a result of the findings. Residents’ complaints about degraded floors, water leaks, and fractures led Kaizen Owner Association Management Services, the business in charge of maintaining the property, to contact government officials, according to them.

The Dubai Land Department (DLD) and developer Al Mazaya Real Estate then established a committee in November of last year. To examine the structures, determine what caused the harm, and suggest fixes. On March 31, 2022, the committee turned in its report. In addition, results include a number of flaws in the 14-story structures, from serious corrosion to concrete failure.

Moreover, the committee carried out a number of “non-destructive experiments” to identify the root of the issue. The tests revealed, among other things, that concrete slabs have “high concentrations of chlorides, many times greater than the limit.” Which is what caused the corrosion in the slab reinforcement.

Residents received an email from Kaizen on June 9 stating that there are problems with the structures’ structural strength. According to the property management company, “each instance requires prompt measures to solve it, according to its condition.” Because “the degree of structural damages to the reinforced slabs of the floors differs from one building to another.”

The email stated that in order to “avoid any threats that might influence the safety of tenants,” “the condition of the structures demands immediate and quick response.” Those who remained in the building until then did so at their own risk. It was stated, and the choice to rehabilitate or demolish the structures will be made in three months.

While regretting the circumstance, Kaizen stated that they had no control over it. In addition, that their only obligation was to notify the inhabitants of the government authorities’ directives. For homeowners, the email has come as a proverbial “bolt from the blue.” Many of them continue to make mortgage payments on flats that were given to them between 2014 and 2015.

When the Mayaza 3 project was launched in 2008, an Indian expat who purchased a three-bedroom flat for Dh1.3 million inquired, “What would I do, where will I go if they decide to destroy it?” Pakistani banker Mohammad Ayub, who purchased a two-bedroom property in October 2021, expressed his uncertainty about the future. As he showed us the renovated kitchen and bathroom, he remarked. “On top of the money I paid for the property, I spent roughly DH 60000 on refurbishments.”

The fact that Ayub and his family are housed in an “unsafe” building worries him.  Yet he is unable to leave since he has nowhere else to go. “One month after we moved there, I was notified that we could not utilize the subterranean parking so it was unsafe. Since then, all of us have been parking on the streets and frequently being fined.”

The Dubai Land Department (DLD) informed that a decision would be made by August 1 on the case. The department has organized a team with specialized engineers and the Dubai Real Estate Regulatory Authority. According to a department representative, they are in regular communication with the developer (RERA).

DLD has said that the owners’ association will handle any necessary unit maintenance in the meantime. Although Kaizen Owner Association Management Services (LLC) declined to provide any information on the case. They emphasized that they upheld their legal obligations by drawing attention to homeowner issues and notifying the appropriate authorities. In a message sent through email, Kaizen emphasized that it was dedicated to providing all owners with high-quality support in accordance with the authorities’ instructions.

What does The Law Say?

The rights of property owners, developers, and property management companies are all clearly defined by Dubai’s jointly owned property legislation. According to Article (40) of Law No. (6) of 2019, which governs the ownership of freehold properties in Dubai. “The developer must continue to be responsible for the repair or correction of any flaws in structural sections of the property for a period of ten years.”

Beginning on the day the developer receives the project’s certificate of completion; they are responsible for fulfilling this duty. Additionally, for a year following the day the owner of the apartment received it. The developer is obligated to rectify or replace any damaged fixtures in the building.

MBR City Delivered the Most Residential Units in Q1, Extending Its Lead Tenants Believe It Makes Logical To Pay Their Current Landlord More Given That New Leases Have...
Continue reading
by admin After Adopting An Effective Plan To Combat The Covid-19 Pandemic And Implementing Recent...
Continue reading
by admin