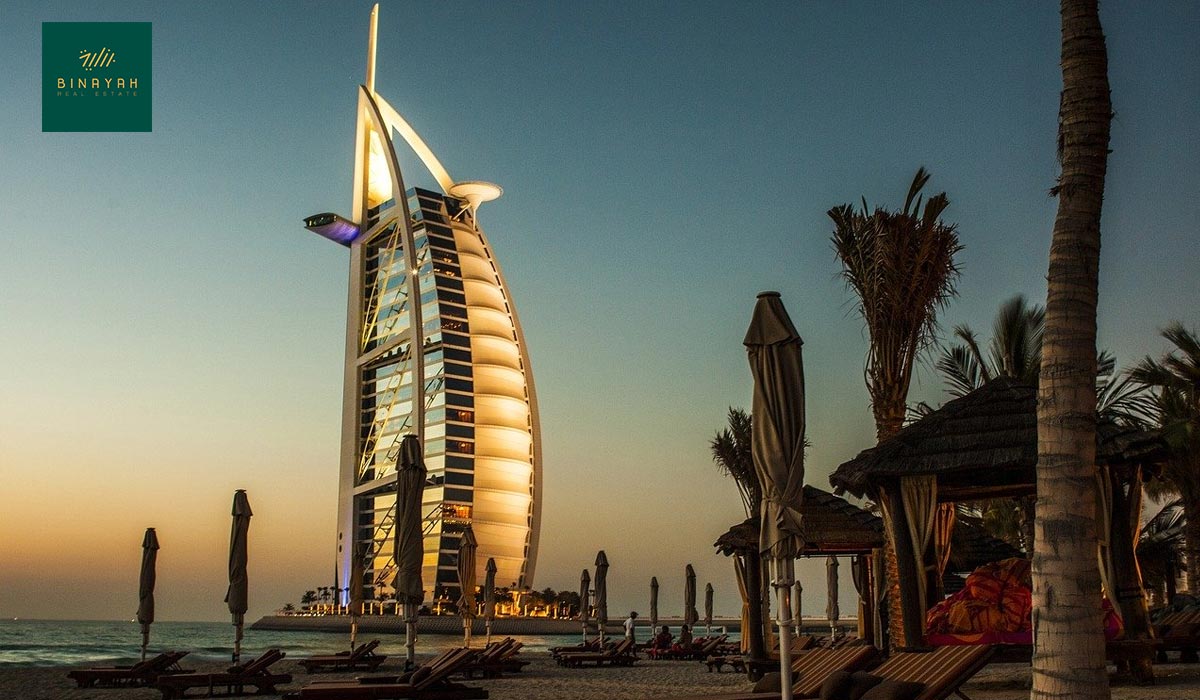 Dubai is a city of sun and luxury, where modern life meets opulent traditions. The last ten years have seen this city grow into one with more than 2 million people living in it–a number that is still climbing! There are so many different areas for expats to choose from when they move here domestically or internationally: some prefer bustling Deira. Others might love wallowing poolside on Palm Jumeirah Beach property while taking advantage of all resort amenities within walking distance away (including stylish shopping). However, if you are looking beyond these popular residential areas to living. Then you are come to right place… In this article, we will list our recommended areas for expats migrating to Dubai in 2022, in a specific order.

If you aim to work in the creative industries when you relocate to Dubai, Media City Dubai is a good place to start. This is likely to be where news agencies, publishing, internet media, advertising, and broadcast facilities are located. A vast picturesque park and lake are also located within Media City, making it a perfect picnic location. Although there are flats available, the region is not very residential, with many employees opting to live in surrounding locations such as Dubai Marina.

The Arabian Ranches is one of the most sought-after addresses in Dubai. The gated community is home to luxury villas and apartments, all of which are situated around a world-class golf course. In addition to the golf course, the Arabian Ranches also has an equestrian center, hospitals, and excellent English-speaking schools. The community is located just a short drive from the Autodrome and Motor City, making it the perfect place for those who want to live in luxury without sacrificing convenience. If you are looking for the best of everything that Dubai has to offer, then the Arabian Ranches is the perfect place for you.

Mirdif is located to the north of Dubai International Airport and to the east of Dubai International City. For expats migrating to Dubai, Mirdif is one of the more economical possibilities. It is a wonderful alternative for individuals wishing to live near the city Centre without spending a lot of money on real estate, especially for families. Mirdif features a number of baccalaureate and GCSE schools, as well as a public park with basketball and tennis facilities and a shopping Centre.

On the subject of malls, if you enjoy shopping, you should look for a home in Downtown Dubai, which is home to the world’s second largest mall. The ‘Dubai Mall,’ as it is known, attracts roughly 54 million people each year.

Being in the Centre of the city means property costs will be among the highest, but the accommodations will be among the most luxurious, with the added benefit of being on the doorstep of many of the city’s big corporations. Not to mention being close to the Dubai Fountains, an ice rink, and an underwater zoo.

If you have done any research on houses in Dubai, you have probably noticed that the city has themed zones with descriptive but uninspiring names. Sports City is no exception, but it is a distinctive neighborhood for those seeking an active lifestyle with convenient access to gyms, sports clubs, stadiums, and academies. When it comes to real estate in Dubai, Sports City is one of the more affordable options. Therefore, if you are a sports fan, this is one to consider.

The Autodrome is located in the Motor City, which is another region that is exactly what it claims it is. There are plenty of reminders of the motor theme around the FIA sanctioned track, including Uptown Motor City, a residential development complex with its own schools, stores, and racing-themed leisure spaces. It is situated between Sports City and the opulent Arabian Ranches. The 5.39-kilometer outer circuit has been designed to challenge the world’s best drivers, while still providing an enjoyable experience for amateurs and motorsport enthusiasts. The track layout incorporates a wide range of corners to test a driver’s skill and commitment. As well as a 1.2-kilometer, straight that allows for high speeds and overtaking opportunities. With its state-of-the-art facilities and excellent location, the Dubai Autodrome is quickly establishing itself as one of the premier motorsport venues in the world.

The majority of the neighborhoods discussed so far have been family-friendly, but what if you are relocating to Dubai alone or as a couple. The ultra-modern high-rise residences in Dubai Marina provide spectacular sea views. Living here also means you will be close to the city’s center, which means you will have many facilities nearby. Although real estate near the Dubai Marina is not cheap, you get a lot of luxury for your money.

Consider relocating to Dubai’s Business Bay region for unrivalled closeness to significant business centers. Such as the Dubai International Financial Centre (DIFC) and the Dubai World Trade Centre. The various buildings in the Business Bay house a large number of firms, as the name implies. If you can imagine yourself in a luxurious high-rise apartment in the midst of it all, this region should be on your list of places to visit.

Al Barsha is one of the most popular expat neighborhoods in Dubai. Al Barsha is conveniently accessible for workers in Media City, Internet City, and Emaar Business Park because to its closeness to two main roadways. The majority of homes in Al Barsha are detached or semi-detached villas; however, there are also flats available.

There are plenty of restaurants, cafés, stores, and supermarkets in the neighborhood, so you will not have to travel far to get your food for the week. The neighboring Mall of the Emirates, which boasts hundreds of stores, a major theatre, and even an indoor ski slope, is a must-see sight.

Jumeirah Islands is an archipelago of 50 man-made islands, located in Dubai, United Arab Emirates. The islands are situated between Jumeirah Lake Towers and Dubai Marina. Jumeirah Islands is a gated community and provides its residents with a plethora of amenities, including schools, hospitals, stores, and gyms. The community is also close to becoming self-sufficient. The architecture of the Jumeirah Islands is diverse, with Spanish and Italian influences. There is also an area with a classic American suburban feel. Despite its luxurious facilities and beautiful scenery, Jumeirah Islands has been criticized for its lack of accessibility and gridlock traffic.