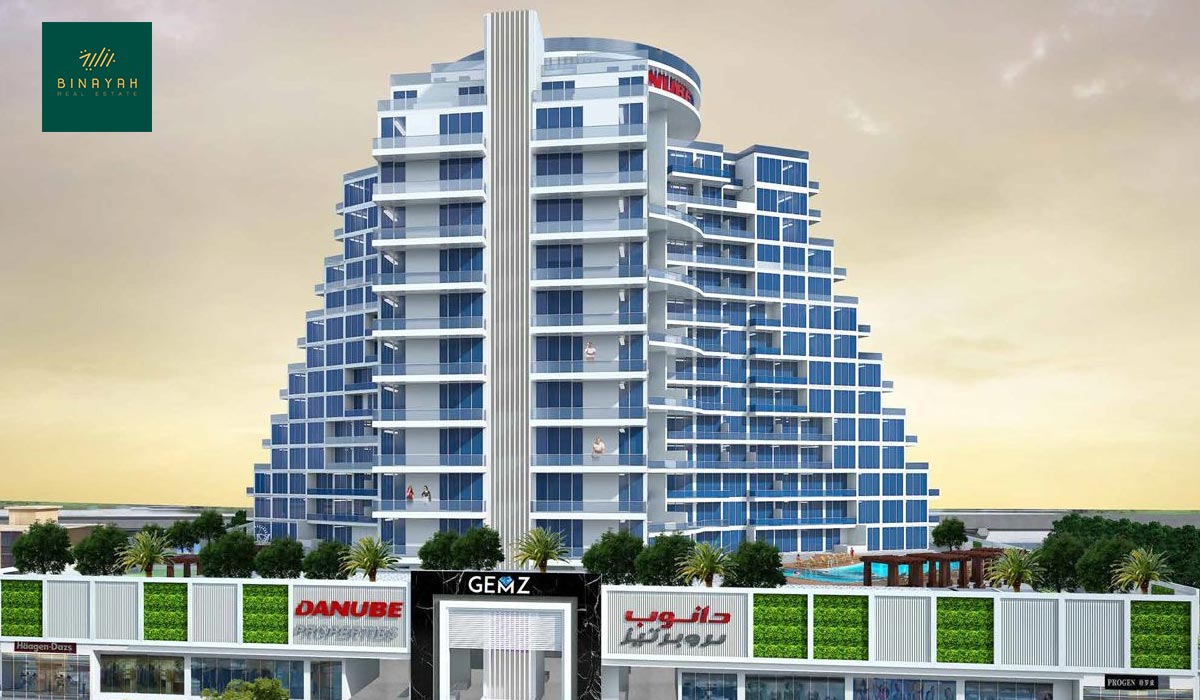 On May 28, the Al Furjan Project Will Be Put Up For Sale

Danube Properties launched Gemz Apartments, a Dh350 million pyramid-shaped building with 30 facilities, in Al Furjan on Tuesday. The company’s 16th development, which includes 270 apartments, features unique convertible designs. That allow one-bedroom units to be converted to a 2BHK and a 2BHK to a 3BHK. As well as an in-built pool house with an aqua gym & anti-current machine in most of its apartments.

With pricing starting at DH 550000, Danube Properties also provides a one percent month payment plan. Making it the most affordable luxury. The 14-story project will be erected on a plot of 101,000 sq. ft. In addition, will have a built-up size of 530,000 sq. ft. The property would go on sale on May 28, with construction starting in three months. In addition, taking two and a half years to complete.

From September 2022, Rizwan Sajan, founder, and chairperson of Danube Group, said that his business would begin the procedure. For lengthy residency & Golden Visa to Investors who meet the required criteria. Which include DH 2 Million, DH 5 Million, and DH10 Million caps.

“End-user confidence in Dubai’s real estate market has been restored. With domestic and also Indian home buyers eager to own a second property in the city.” Most recent changes to visa and residency laws have made it easier for investors & purchasers to obtain resident permits. And we are witnessing an influx of buyers seeking suitable properties,” he noted.

Danube Properties has developed three real estate projects since October 2022. Second of which was unveiled just two months after the DH 300 million Pearlz development in Al Furjan in March 2022.

With the opening of Gemz by Danube Properties sufficient progress has grown to 8,272 units. With a total development value of DH 5.7 Billion. It has so far supplied 4,556 units for Dh3.63 billion, accounting for approximately two-thirds of the total portfolio value.

“The project is situated in the middle of the city, close to a variety of schools, hospitals, & shopping complexes.” We also kept the rates low and the payment plan simple. “It’s merely a 10% advance and one % per month,” Rizwan stated during the project’s introduction. Sanjay Dutt, the Bollywood celebrity, named as the company’s new ambassador.

According to Anis Sajan, director-general of Danube Group, each new property the company launches is unlike any other. “The Danube property is primarily for folks who have lived in Dubai. For a long period and wish to own a home.” This gives individuals the option of paying their rent in monthly installments.”

Danube Group’s group managing director, Adel Sajan, stated that they constantly ensure that their next initiative is well ahead of their competitors. “Gemz by Danube is a very innovative project as well. Customers who purchase property the first day will receive free furniture from Danube Homes,” he added.

The 8-Bedroom Property In Dubai District One Is The Most Expensive Sale In 2022, With A Price Tag Of Dh89.1 Million