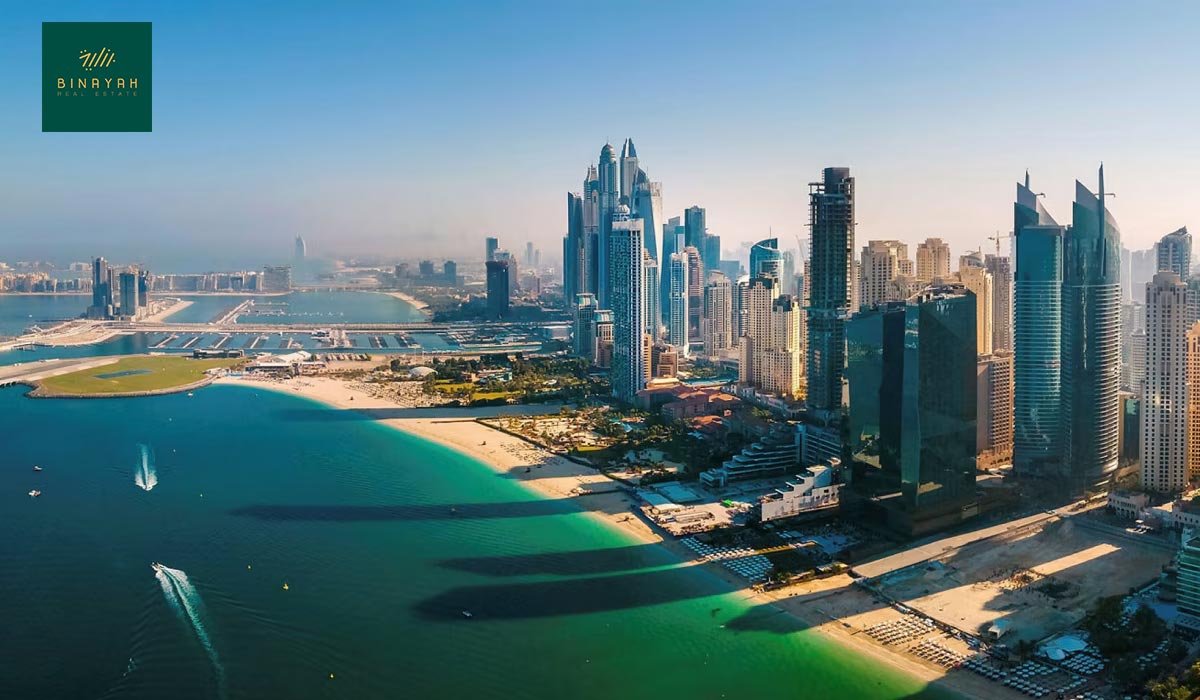 According to the most recent official data issued on Tuesday, Dubai real estate has maintained its attraction. As investors and locals, continue to pour capital into the emirate to purchase a home or apartment.

In the first quarter of 2022, the emirate reported 25,972 transactions, the most in a single quarter since 2010 and the biggest volume since the first quarter of 2014. According to Mo’asher, the Dubai Land Department (DLD) in collaboration with Property Finder developed Dubai’s official sales & rental performance indicator. Recorded 20,539 sales deals totaling Dh55.51 billion in the January-March quarter. During the quarter, the off-plan market sold 8,616 properties cost a total of Dh16.12 billion. Whereas the secondary market sold 11,923 units worth Dh39.39 billion.

In March, there were 8,399 sales deals worth Dh22.58 billion in Dubai real estate, the most in the last seven years. Comparison to March 2021, there was an 83 percent rise in total sales deals and a 109 % increase in business value. In March, secondary or ready homes accounted for 60.16 percent of all sales.

Experts say, “It’s a big sign of success for the Dubai property sector. Because it had the most sales in a single quarter in more than a decade. Despite the conclusion of Expo 2020, the second quarter is likely to continue on the rising trend. I expect flats will make up for lost ground. Whereas the villa category will maintain its strong performance in the coming quarters.”

The Rental Market Is Expanding

According to Property Finder data, the most common apartment rental contracts were with one apartment. Followed by two-bedroom apartments, and the most popular villas or townhouse rental agreements were for 3-bedroom and four bedrooms.

Areas That Are Popular

Rents Are On the Rise, As Per Quarterly Index Prices