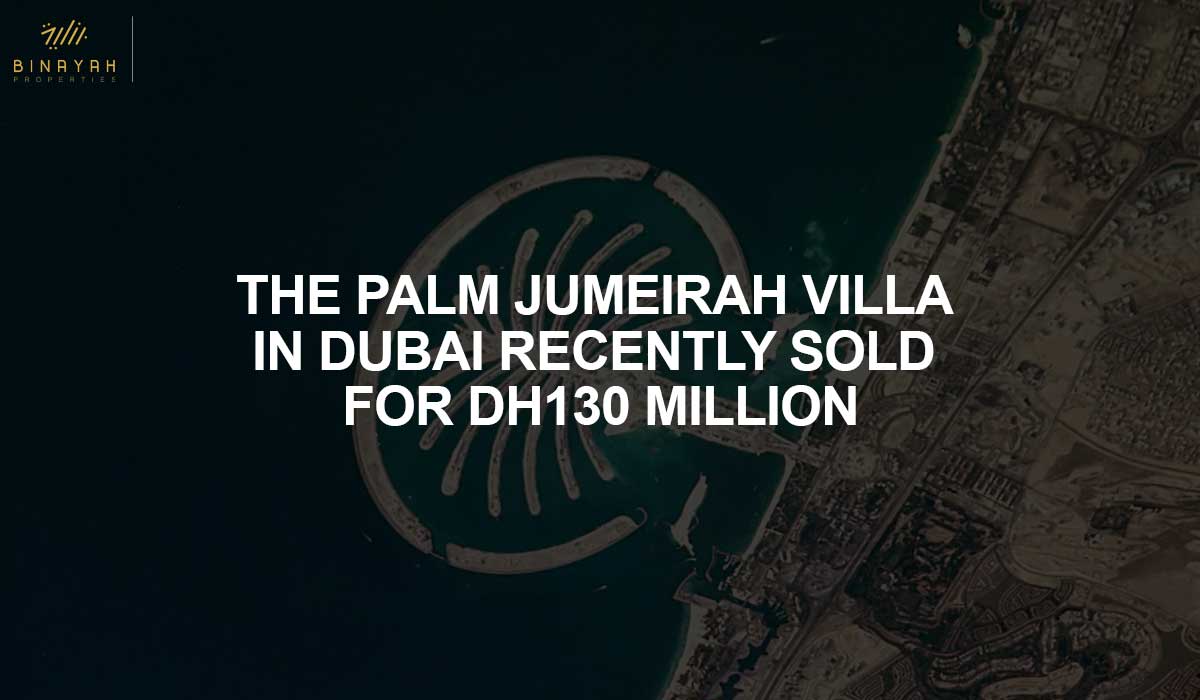 One Of The Few Villas In The Area With A Specially Built Basement Parking Space That Can Fit Six Cars Is This One.

Millions of dirhams have been paid for yet another property in Dubai‘s so-called Billionaire’s Row. Riva Del Lusso, the company’s signature villa, reportedly sold for a cool Dh130 million, according to Alpago Properties.

In Dubai, a few of the expensive villas were sold. Located on Frond G of the Palm Jumeirah, also referred to as “Billionaires’ Row.” On October 3, a standout villa built by Alpago Properties broke the previous record for the most money ever spent on a sale in Dubai when it sold for Dh302.5 million.

The 10,000-square-foot Riva Del Lusso beachfront villa has 5 bedrooms, and 7 bathrooms. Many amenities with private beach access, a private pool, and private basement parking. There are views of the Atlantis, the Royal Atlantis, and the Arabian Gulf. This villa is one of the few in Palm Jumeirah with a specially built basement parking space. That can hold six vehicles. In June of this year, it was finished.

The sale of Riva Del Lusso, following the sale of the double signature villa for Dh302.5 million this year. That is another enormous milestone in our journey to become the go-to company for high-end real estate in the UAE. Riva Del Lusso satisfies our constant goal to introduce and provide upscale residential properties with top-notch amenities. That are specially designed to accommodate the flawless Dubai lifestyle.

Experts claim that the Middle East’s Billionaire’s Row in Dubai offers much better value. Than the areas bearing the same name in London and New York. Compared to the entirety of Palm Jumeirah, Frond G has more signature villas.

Where to Find Rental Villas in Dubai in 2023? The beautiful skyscrapers of Dubai captivate people from all over the world with their beauty....
Continue reading
by admin Apartments For Less Than Dh2 Million That Also Have Private Pools Could Attract...
Continue reading
by admin Palm Villas Rent For Dh60000 In Dubai, Breaking All Previous Records For The New Year

This Year, Vacation Rentals In Abu Dhabi And Sharjah Are Also Aiming To Make A Statement. As...
Continue reading
by admin