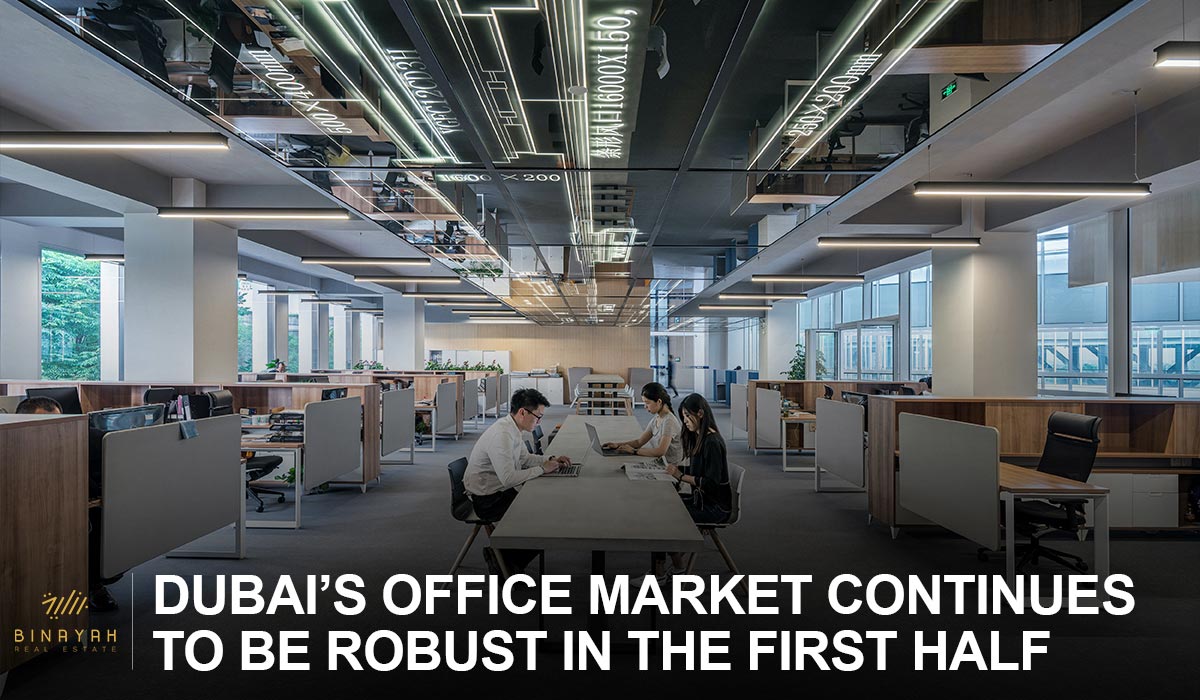 Due To A Booming Local Economy Where Businesses Are Finalizing Their Expansion Plans And An Influx Of Senior Managers, Business Owners, And High Net-Worth Individuals, Occupancy Demand Has Been High.

According to Savills’ Dubai Office H1 2022, city’s office market has held up well during the first half of 2022. Thanks in large part to the ongoing demand for Grade an office space. Which has also caused vacancy levels for this market segment to drop significantly.

According to the research, there has been a high demand for occupants because of the local economy’s growth. Which has helped businesses finalize their expansion plans. In addition, an influx of senior managers, businesspersons, and High Net-worth Individuals (HNIs).

According to the current Savills Prime Office Costs (SPOC) Report, Dubai’s office utilization levels in Q2 2022 were the highest among the cities Savills has been tracking in Europe, the Middle East, and Africa, with an average of 80% of workers back at work in Dubai in some capacity.

“Businesses are becoming more and more aware of the importance of renovating their current spaces or moving to new sites that better suit needs. Which were transformed by the epidemic,” says Paula Walshe, director of International Corporate Services. In light of increased operational costs, many of our customers are finding greater value in combining their operations. Which enables them to narrow their focus while realizing sizable savings.

“Amid a flight to quality, a general trend in occupier choice towards Grade A space continues, led by an intense focus on ESG compliance. And right-sizing of current real estate footprint for cost and operational efficiency” says Swapnil Pillai.

The economy has continued diversification and the growth of new industries. Such as virtual assets, are factors in the expanding tenant profile, according to Pillai.

Increased occupancy levels at well-known Grade A developments in Dubai have led to rental values. Rising on average by 10% from H2 2021 and by roughly 13% year over year. In several areas, rents are increasing, notably for ESG-compliant premises. According to the SPOC research, as occupier demand continues to underpin the prime end of the market. According to Savills, Dubai experienced headline rent increases in Q2.

In a noticeable trend, businesses seeking to cut their CAPEX investment and new market entrants seeking to set up operations in the city have increased demand for flexible space options like serviced offices and co-working spaces. Due to this, the majority of notable flexible space operators in Dubai are claiming strong occupancy rates. With a select few companies reporting 100% occupancy and outlining intentions to further expand their product offerings in the city.

Top 5 Questions Ask Before Buying A Home In Dubai