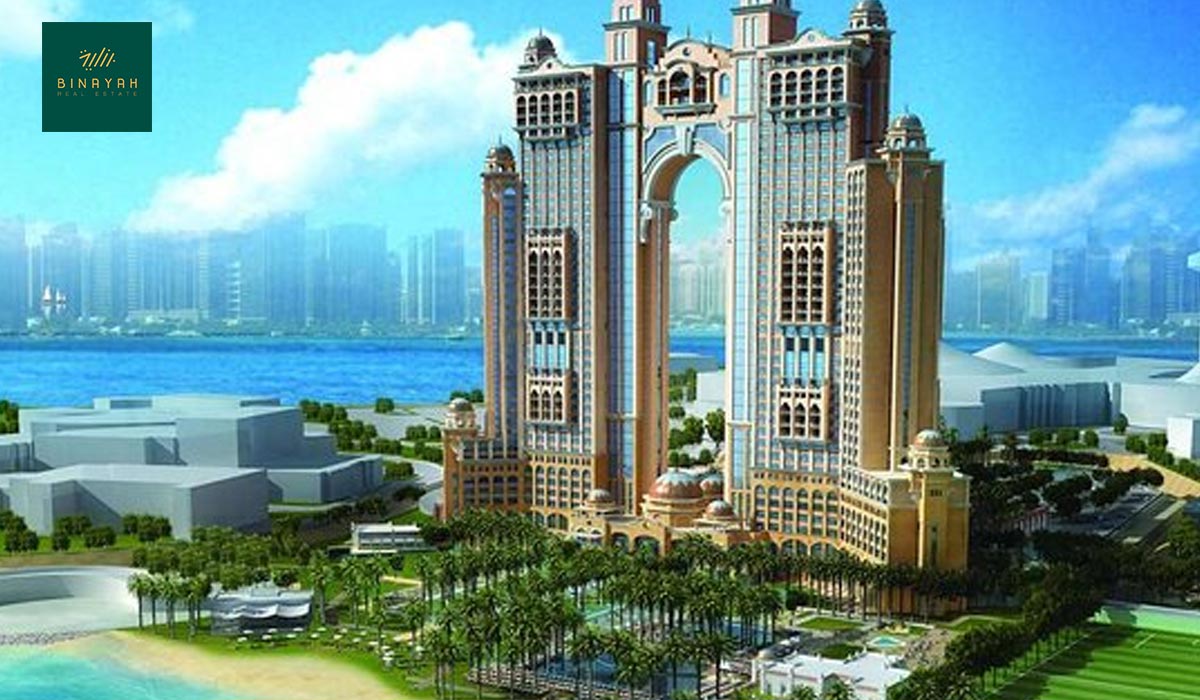 The Emirate’s Unrivaled Safety, Family-Oriented Lifestyle, and Diligent Treatment of the Covid-19 Pandemic All Attract Investment

The housing industry in Abu Dhabi is seeing a significant surge in demand from overseas purchasers from all over Europe. With some estate agents reporting up to a 50% increase in demand during the first 4 months of 2022. Relative to the same period the previous year.

The surge has been linked to a variety of factors, including the city’s diligent treatment of the Covid-19 outbreak. Development of free zones that encourage company relocation, Abu Dhabi’s unsurpassed safety, and family-focused living.

“What the Abu Dhabi govt has done in recent years throughout terms of increasing security. The solace of life here overall, the infrastructure, the conditions for businesses to move their headquarters, all play a significant role. And folks are starting to realize this,” says Evgeny Ratskevich, CEO of Metropolitan Capital Real Estate.

“We saw a 50% increase in the first 4 months of 2022 corresponding period in 2021.” Furthermore, the property they purchased has increased in value by more than 75% since the same time last year. This indicates that not only is the number of investors growing. But so is the average transaction size about what they’re buying.”

People have begun to travel to Abu Dhabi and realize what it has to offer. Since the city’s borders were reopened, according to the CEO. “It’s more family-oriented, safe, and peaceful.” And I believe that is why international clients are beginning to invest in and move to Abu Dhabi.”

Another reason foreign investors are drawn to Abu Dhabi is that it has established itself. As a regional hub for industrial development and economic growth, with overseas companies flocking to free zones. Like Masdar, Khalifa Industrial Zone Abu Dhabi (KIZAD), Abu Dhabi Global Market (ADGM), Industrial City Abu Dhabi (ICAD), Twofour54 (Media Free Zone Authority),  and others. Where they can operate under 100 percent ownership in a low-cost operational environment.

Ratskevich also stated that the Capital has taken important steps in modernizing itself and encouraging individuals. To invest and reside in the city during the previous two and a half years. “International end-users and investors are relocating or investing in the city as a result of the government’s recent visa policies, infrastructure, safety, security, and business-friendly policies, as well as its handling of the Covid epidemic.”

He claims that several of the city’s new large developments have also attracted luxury-seeking foreign buyers. “In Saadiyat Island, Aldar launched its first branded house, the Louvre Residence. With foreign buyers, this initiative was a huge success. It is the world’s first Louvre Residence. As it is a novel and unusual concept, it gets a lot of attention.”

“Over the last 2 years, we’ve had strong and consistent demand, but with availability reducing and costs rising, demand is also rising.” “We’ve definitely seen more international purchasers who weren’t actually in Abu Dhabi before,” he remarked.

“Villas with views of the golf or the sea are in high demand. But interest in all villas & townhouses is high.” There is also great demand for higher-quality apartments, particularly those with outdoor space and just a view of the lake. “Prime properties with a great rental return and potential for capital expansion are often sought by international investors.” Investors from the United Kingdom, Switzerland, Germany, or other European countries, as well as Russia & Kazakhstan, are present.

This is in regard to the new Green Visa & indeed the plethora of requirements that can be met, including purchasing a home.

The luxury market in Abu Dhabi has been the strongest pull and selling factor over the previous quarter. According to Ameen Al Qudsi, CEO of Nationwide Middle East Properties. As they keep their desirability due to size, convenience, and facilities.

“European investors have increased their presence in the UAE, particularly in projects near tourist destinations. Villas with 3 to 6 bedrooms are in high demand since they are easier to resell and benefit from in the long run, according to him.

“Since the inauguration of Expo 2020 Dubai and the entrance of millions of tourists from all over the world, this increase has been witnessed. Another factor fueling the rise in European investors is their fascination with Bitcoin. Which was unanimously implemented & deployed in the UAE. Letting them invest in real estate using this asset. Foreign purchasers are also drawn to Abu Dhabi properties since it is the capital & offers a diverse choice of developments and pricing. Bulk of which are in desirable locations. Saadiyat Island, Yas Island, & Reem Island have been the most popular destinations.”

“GCC citizens, Chinese, even Russians who are wanting to invest in a secure and safe country,” Al Qudsi said.

“In recent months, we’ve received a lot of interest, particularly from Russian and Ukrainian investors.” With so much uncertainty in Europe at the time, many investors are flocking to the UAE. Particularly Abu Dhabi. Many people feel it’s a safe place to invest their money.”

“The Louvre and others that are coming up, including the Guggenheim, the Zayed National Museum, and indeed the Natural History Museum, are largely attracted to Saadiyat Island since it contains a range of various museums,” Badia noted.

According to Badia, “the launch of the first series of Louvre Residences created a surge in the market.” “It was gone in a week.”

The first phase of the Aldar project, which started at Dh1.3 million and ended in March 2022. Included studios, 1-3 bedroom apartments, plus five-bedroom penthouses with views of the landmark museum complex.

Since the pandemic, demand in Abu Dhabi has fluctuated, most notably with business slowing it down during Ramadan, according to Miramar Real Estate. “Most real estate agencies struggled during the epidemic since most clients were scared to move,” stated Llana Acompanado, Marketing Manager.

“Every Ramadan, we expect the market movement to slow in some way,” Acompanado said.” However, now, interest from our purchasers, investors, and tenants has climbed. And demand for properties in Reem Island has increased since the start of the year.”

“Abu Dhabi’s real estate sector has developed a solid position of strength in the last few years, and it seeks to reaffirm the emirate’s prominence. As a destination for both investing and homeownership,” Rashed Al Omaira, Chief Commercial Director, Aldar Development, informed.  The significant demand we are witnessing from international and expat inhabitants in the UAE. As well as female consumers, show this. This optimism in Abu Dhabi’s real estate market was mirrored in the Q1 of the year’s record advancement sales of Dh2.2 billion Aldar. As well as enhanced footfall and occupancy rates across our property investments. Which reached 92 percent at the end of March 2022, approaching pre-pandemic levels.

“The government’s economic and social initiatives, as well as recent reforms to company ownership regulations and resident permits. Will serve to add momentum to the Abu Dhabi market and increase its appeal among local and foreign homeowners and investors.”

Harry, a 62-year-old German, said buying a vacation property in Abu Dhabi was an obvious choice. “We adore Abu Dhabi & have been visiting it on a regular basis since the mid-1990s. Investing in real estate in Abu Dhabi was a logical fit for us.”

Harry and the family also purchased a Dh4 million two-bedroom flat in the Louvre Residence, which he intends to rent out.

“We were seeking a safe place to invest and a suitable vacation home for us. With its year-round weather and world-class infrastructure, Abu Dhabi was the ideal destination for us.”

Rents Are Rising Than RERA Index, Palm Jumeirah & Dubai Marina Is Already A Minimum Of 30%

Are You Eligible for a Golden Visa in the UAE in 2022?