Remote Work In Dubai? Here Are Some Locations Where You Can Reside 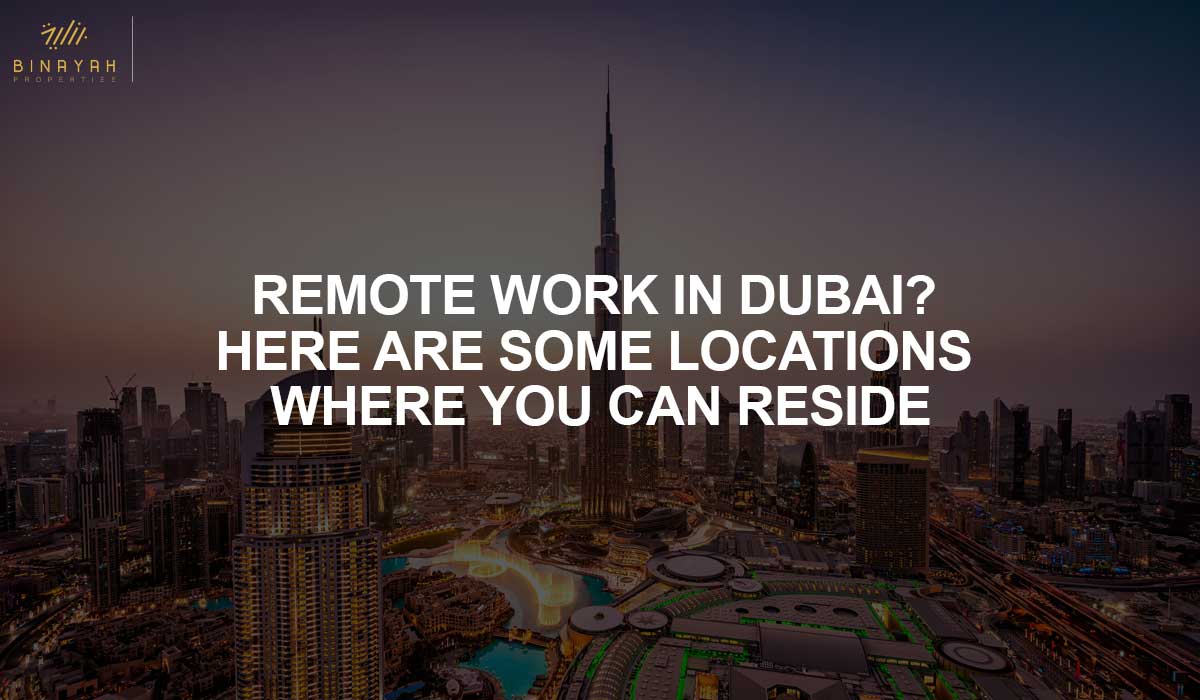 In 2022, Dubai Was Rated As One Of The Top Three Cities In The World For “Executive Nomads” To Live.

A “remote working hub” established in the Emirate by the US-based online market for homestays and experiences, Airbnb. In collaboration with the Department of Economy and Tourism of Dubai (DET).

According to DET on Wednesday, December 21, the new remote working hub will offer accommodation details for neighborhood long-term listings. Information on entry requirements, and visa guidelines for anyone looking to work remotely in Dubai.

“Dubai is a global leader in enabling remote working,” said Velma Corcoran, Airbnb’s regional lead for Middle East and Africa. We want collaborate to make it simpler for people to take advantage of their increased ability to work and travel. As well as to enable the city to fully capitalize on the economic advantages of this new category of tourism. As this trend continues to pick up speed.

In order to help governments and destinations identify some of the most remote worker-friendly locations worldwide. Airbnb earlier this year released its “Live and Work Anywhere: How Neighborhoods Can Benefit from Remote Workers” guide. Along with the Canary Islands, Thailand, and the Caribbean, Dubai was chosen as one of 20 locations worldwide.

Initiative Links to Remote Visa for The UAE

The partnership between Airbnb and the Dubai government comes after the UAE introduced the “remote work visa”. Which aims to draw in talent and knowledge from all over the world. Foreign nationals may enter the UAE on their own initiative and engage in employment. That complies with the terms and conditions of the one-year visa, which was introduced in March of this year. The remote work visa, the first of its kind in the area, enables employees to improve their digital skills. In addition, adjust to the developing gig economy.

The city’s status as a leading hub for remote workers has been highlighted by Dubai’s global connectivity, pro-business ecosystem, and visa-friendly reform, according to Issam Kazim, CEO of Dubai Corporation for Tourism and Commerce Marketing.

Additionally, according to recent DET data, Dubai received 11.4 million foreign overnight visitors between January and October of this year. A remarkable increase of 134% from the same period last year. In comparison to the 4.88 million visitors the city received during the same time period in 2021. These figures show a sizable increase. In the first ten months of 2019, there were almost as many foreign visitors as the pre-pandemic record of 13.50 million.

Over 200 different nationalities already reside in the city, where they have access to unmatched job opportunities and lifestyle options. Sand beaches, theme parks, world-class shopping, Michelin-starred restaurants, and an unmatched cultural scene. Dubai is once again prepared to welcome the world, this time in partnership with Airbnb, said Kazim.

The choice of where to live and work has become more flexible for millions of people. In Q1 2022, long-term stays reached an all-time high, more so than doubling in size from Q1 2019. According to Airbnb, which reported that about one in five guests worldwide reported using Airbnb to work remotely while travelling.

Long-term stay searches for global solo travel in the UAE increased by over 280٪ in the first three months of 2022 compared to the same period in 2019. According to the 2022 Savills Executive Nomad Index, Dubai is one of the top three cities in the world for executive nomads to live.