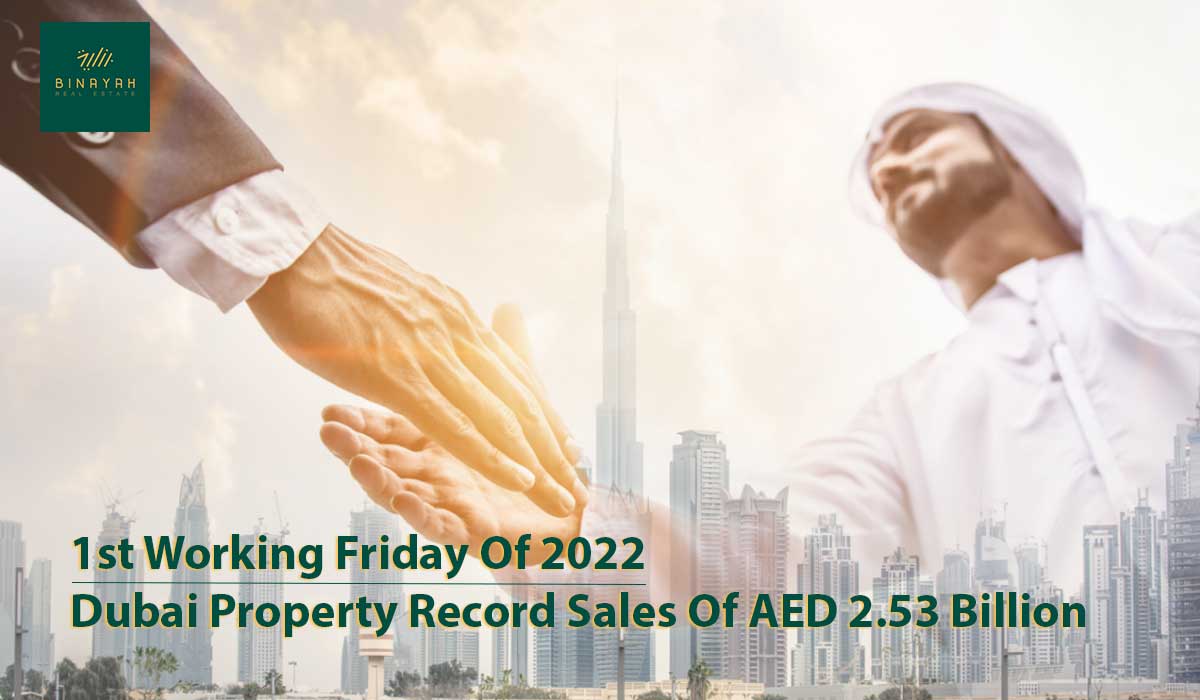 In the first week of the new year 2022, the total amount of property transactions exceeded AED 7.24 billion. Let’s move on to how much authenticity there is and what the details are.

Dubai, like the rest of the developed world, ended its holiday on Friday. This significant announcement was made last December. Dubai government has implemented with this new year.

Regarding the country’s adoption of a new system, the value of property transactions in Dubai exceeded AED 2.53 billion on the first working Friday, with 227 real estate transactions. This is the biggest achievement.

With 1,766 transactions, the overall value of property transactions recorded during the first week of the new year surpassed AED 7.24 billion.

According to data from the Dubai Land Department (DLD), the first working Friday had seen 173 sales transactions comprising $2.38 billion. This included 12 plots valued at AED 451.16 million, 161 apartments, and villas valued at AED 1.93 billion.

Below are the top 3 areas with the most property sales transactions on the first Friday of 2022:

On Friday, Jebel Ali First had the most transactions, with three sales transactions totaling Dh 6 million. Followed by Palm Jumeirah with Dh 17 million and Warsan First with Dh 4 million.

First-degree relatives were given 5 properties worth a total of AED 19.16 million. The highest value, AED 12 million, was registered in Al Merkadh, followed by Dh3 million in property in Jebel Ali First.

After this remarkable success, it would not be wrong to say that turning Friday into a working day has been a significant benefit. Dubai Real Estate will achieve more in the future. This marvelous achievement is the clear start of the wise decisions of the Dubai government.